Kenny Reed
Kenny was another joiner from Hull, who again like Alan Coultas did not race his own machines. This indirectly allowed him to be both innovative and daring in his approach to the design and building of his Specials. For a rider, a machine had to be ready for the following weekend to race, but in Kenny's situation this was not the case. It is fair to say conservative and cautious were not words Kenny understood, his flair knew few bounds. From mono-shock suspension and link-forks, to transmission disc-brakes, there was very little that was not tried on his machines over the years.

The basis of Kenny's bike was an ex Vic Willoughby Velocette KTT engine, which was both bored and stroked to give a full 500cc. It was affectionately known as the MK9 KTT.  Not content with just a mere capacity increase, the engine was extensively tuned and at one point used an inlet valve of over 2.125" diameter with a maximum lift of 0.6". To do this Kenny made his own camshafts and machined valves to suit, but the acceleration and inertia loadings played havoc with the valve train, eventually with dire consequences. However before this occurred the bike was very fast indeed and being light, had powerful acceleration to match.

Barry Robson rode the machine to many good results before the KTT engine was removed, rebuilt and sold to the US. Kenny continued to use his by now quite revolutionary chassis, instead fitted with a Triumph twin engine.


Summary
So, we go back to our original question; is there something in the water of Yorkshire that attracts Velocettes to the motorcycle racing fraternity there? The answer is quite possibly yes – even into more modern times we have the Walker family Velocette specials that have been so successfully raced by Rob Walker in Classic Racing.


So just what was the attraction of a Velocette based 500cc racing machine to so many Yorkshiremen during the 1960s and 70s? 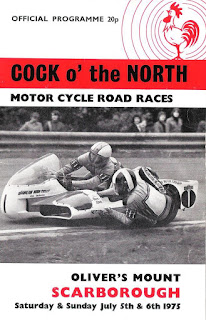 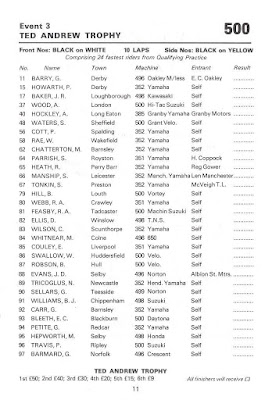 We have barely scratched the surface in this article, as there were a whole legion of other Yorkshire Velocette racers within the same period. From Bob Hirst and Ken Nanson to Stuart Cairns, all were doing their own thing. And perhaps that is the answer; here was a bike that was receptive to both modification and tuning. A machine that responded well to the time and effort spent in the implementation of ideas.

Put simply; buy a Manx Norton and it is all done for you. Buy a Velocette and the world is your oyster. 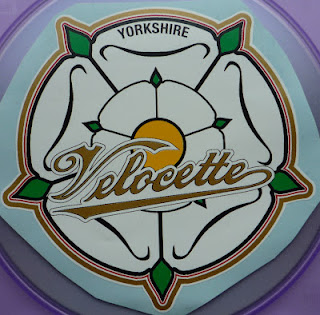 Posted by The Yorkshire Ferret at 09:44